To many in the African Diaspora in the Caribbean and Americas, Kormantse is an “imaginary” reference population and settlement. KARP hopes to be able to explain, by use of ethnographic, historical and archaeological evidence, the processes and cultural manifestations by which the settlement’s population, and those who passed through it during the trans-Atlantic slave trade between the 16th and 20th centuries, negotiated their survival and identities. The project explains and reconstructs how the numerous African populations, often referred to under varying “Africa-named groups” contributed toward the formation of New World African cultures and how archaeologically observed material traces might indicate internal and external trade contacts, exchanges, migration routes and patterns of market traffic. Evidence of changing burial and other social practices as indices of the community’s shifting identity is also helping to determine how the communities, at Kormantse and adjoining areas adjusted to changing conditions. Artifact differentiation, sources of goods and “people”, travel routes, makers’ marks on artifacts and scientific dates are also helping reconstruct the process of emerging and continuing social distinctions during and since colonial times.

It is expected that evidence from Historic Kormantse, as a focal point and outlet for the population movements between the West African interior and coastal areas into New World, will help fill the gap in knowledge of the colonial period. Forensic considerations and bio-anthropological techniques should also help obtain pertinent information about the age, sex, and pathology and help create demographic and biological profiles and inferences concerning ecological adaptation, activity patterns, dietary influences, and overall health conditions. Further, bio-archaeological and other evidence from scientific analysis of the soil, fauna, flora and other material appear to be contributing substantially to the data pool of participating institutions on both sides of the Atlantic through increased comparative capacity and opportunities for continued collaboration and expansion of the range of inter-disciplinary contributions. It is expected that this research will convert the site of Kormantse from its present imaginary Diaspora historic site to a de facto site with material culture depicting its role in the colonial encounter, educate and expand knowledge of its real cultural and historical worth and restore it to its well-deserved historical importance, open up more tourist activities and opportunities, while stimulating local and international interest, curiosity and support.

If Historic Kormantse embraced the colonial slave trade and had access to abundance of mass-produced local and foreign trade material and culture, while serving as a rallying point and an outlet for both the trans-Saharan and Atlantic trade, what exactly was its role in the larger Trans-Atlantic encounter and why is it that its impact on group identities and resistance cultures appears to be more prominent than many major outlets in the trans-Atlantic encounter?

What were the general and specific origins or sources of the populations and the cultural paraphernalia deposited at Kormantse as the last point of the interior slave route and first point in the ocean-borne journey to the New World?

What was the nature and major features of the international cultural and other exchanges linking the coastal areas around Kormantse and the interior in the encounter? For more on the Diaspora, visit Kormantse.com. 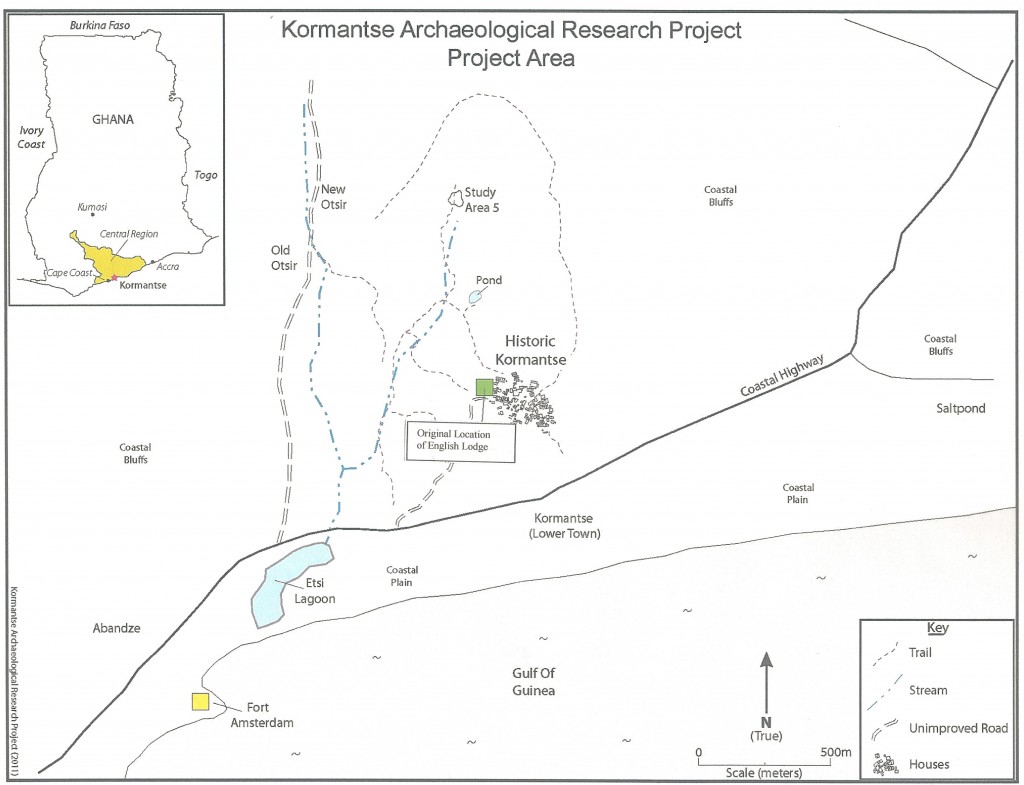